My father and I are great wanderers. We willingly peek our nosy noses into any delightful smelling bakery, any dusty bookshop, or a cute store-front. We are often far too willing to play tourist in well, practically any town!

Boston, was no exception.

We walked down Newbury Street looking in at almost every store, and revived ourselves with a much needed coffeeeeeeebreak and macaroons. I always have room for coffee and more dessert!

Then, we made our way over to the Boston Commons, which was in total summer mode. Tons of children racing around tiring out their poor mothers. It was a beautiful, sunny, perfectly warm day to explore such a pretty section of Boston. 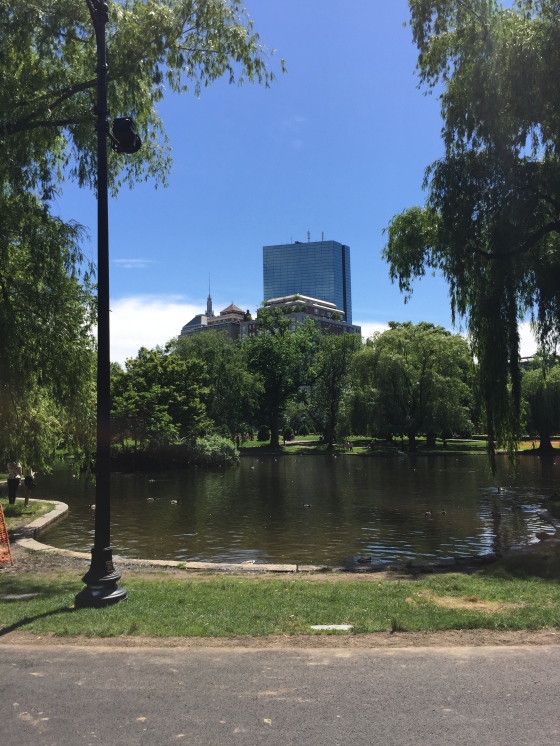 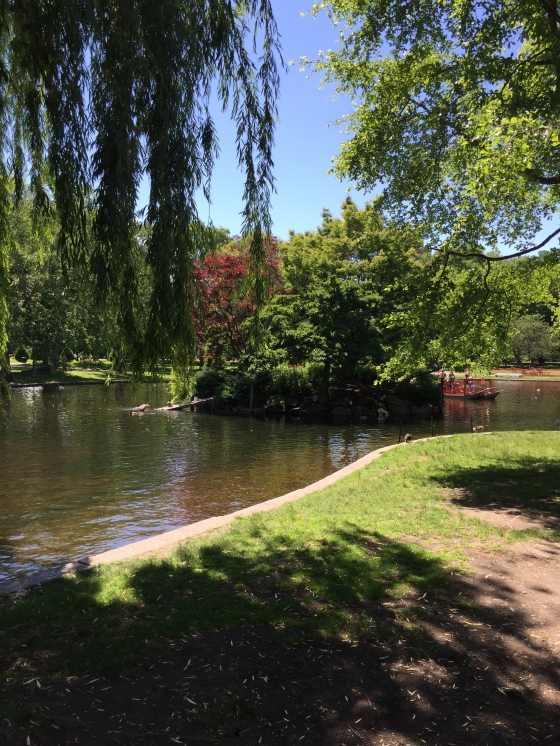 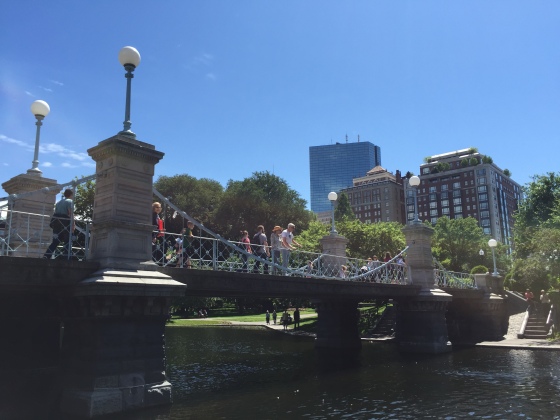 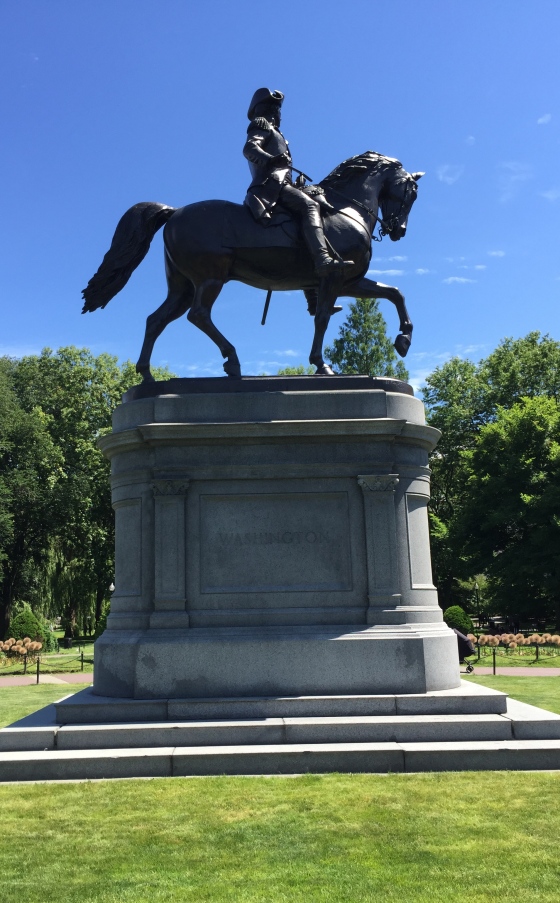 I do believe that if I lived in Boston and I would visit Boston Commons nearly every day in the summer!

From there, we peeked at the outside of this gorgeous church, and then made the few blocks over to the Public Library, where I nerded out on how spectacular the architectural details are. My parents costly art history classes at uni have finally paid off in spades as I said gibbering sentences to my father about various details on the building.

The Boston Public Library was established in 1848, and is considered the first free public library. It became a National Historic Landmark in 1986 and has a collection of around 23 million items. I personally fell in love with Bates Hall, which has a barrel arched ceiling with a half dome on either end. 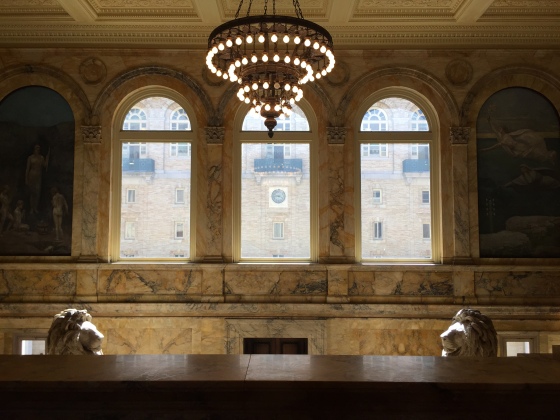 We followed it up with this tastyyyyy salad (which i’ll take another of!)  at B & G Oysters.

A footsore, very happy and tummy full set of father and daughter finally head over to the hotel after a long day.

Anything I missed that I should have done in Boston? What’s your favorite part of Boston?

2 thoughts on “Boston in the Summer Part 2”