This post is long, but covers the last two days of our trip. 🙂

On Tuesday of our Montréal trip, we started our day with breakfast at Mamie Clafoutis again. We had tried two other bakeries as this point, but Mamie’s was by far my favorite. The pistachio bear claw that I had the first day needed to be eaten at least one more time before I left this beautiful city. We had slept in, and alas all the pistachio bear claws were gone by the time we rolled up. Their chocolate croissant was also pretty good and that’s what I ended up eating that morning.

From there we metro’d out to a different section of town called Saint-Henri, one we had not explored before. I will say that between the buses and the metro’s, Canada has totally figured out public transportation. It was the best I’ve seen and used outside of Amsterdam’s two summers ago. In Montreal, we found during the day the buses ran roughly every 10 minutes, and the metro’s every 8. We ended up getting passes and used them multiple times every day.

We got off at the wrong stop, and had a bit of walk from there to Marché Atwater. We ended up stopping in a fantastic little tea shop called Totem Tea where both my dad and I ended up purchasing a variation on an Earl Grey, which is my favorite tea. 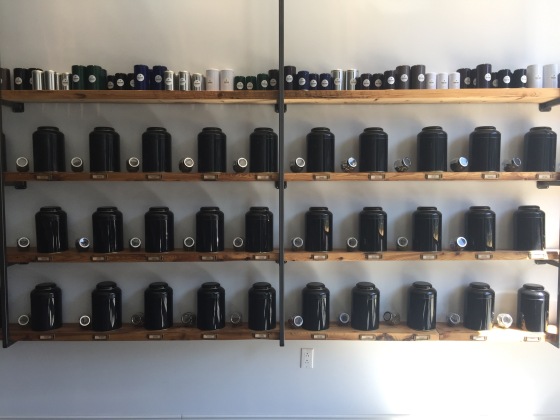 From there we walked to Marché Atwater, where we picked up some salami and cheese for lunch. We had planned to hit a little Thai place, but Atwater was remodeling for the upcoming summer and so many stores were closed. The Fromagerie we stopped in had a fantastic triple crème Brie. It was hard to leave with only a small amount of cheese, as I firmly believe I could eat my weight in cheese if necessary. 🙂

After Atwater, we walked back to our hotel a little early in the day, as we wanted to freshen up before our dinner reservation at Leméac. We dressed up a little and walked the few blocks to our restaurant, where everything was delicious. I ended up sharing a brioche french toast with ice cream for dessert with my mom and it was hands down the best desert I have had in a long time. Dad got the lemon meringue tart. Yum. If you ever visit Montreal, you should order the brioche french toast here at Leméac.

On Wednesday, we work up early and metro’d down to Old Port to have breakfast at Garspar Taverne. We ended up ordering two sets of crêpes and sharing them which was totally the right call as the crêpes were huge!

I went for sweet (no surprise there!) and picked the banana and chocolate with a side of coffee, coffee and more coffee. The tavern had great ambiance, and I could totally come back here another time for a great cocktail and tasty food.

From Gaspar’s, we metro’d out to the Biodome, which had been recommended to us by my friend Leah (hi Leah!) We only had time to explore the Biodome, but I had also heard great things about the Botanical Garden as well.

I took so many photos, but we were guided through various eco-systems with different animals, my two favorites being the otters, penguins and the sloth in the rainforest! I’m going to pull together a video of all the animals I saw in the Bio-dome soon, but here’s a sneak peek. 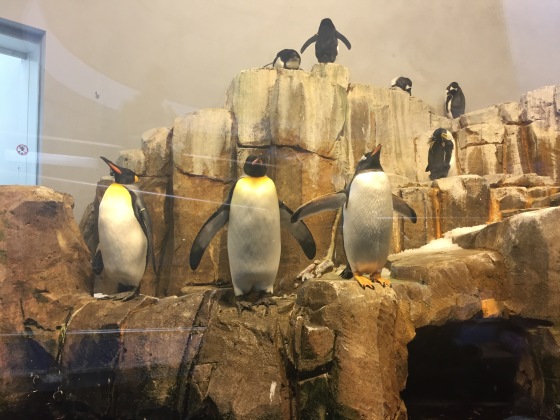 We took the metro back and grabbed some cocktails at a great bar called the Lab. The bartender was awesome and made me this tasty mocktail. 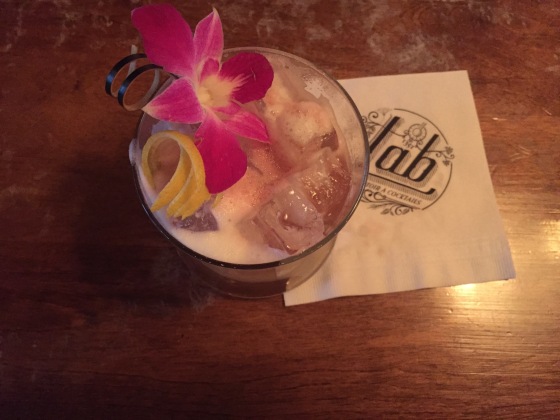 We split up for dinner, I picked up a salad and quiche from Mamie Clafoutis and Mom and dad picked up some sandwiches from Schwartz’s deli. Mom and I ended up watching Moana after dinner, which was really good. I liked the music a lot more than I was expecting to.

The next day we got up really early (4 am!!) and left for the airport. It was a wonderful trip to Montreal and a great spring break!