Currently I’m reading The 5th Wave by Rick Yancey. It’s a post-apocalyptical book in which aliens arrive on earth and kill many humans in an attempt to take over the planet. The book follows two main characters Ben Parrish and Cassie Sullivan as they struggle through a plague sent by the aliens to eliminate the human race. The aliens pit the human race against each other as they reside in human brains and make it impossible to determine the difference between human and alien. 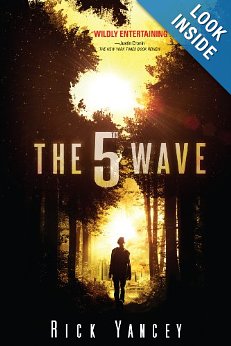 In short, it’s great. At least, so far. I’ll let you know if the last 100 or so pages change my mind on that verdict. If you know of any post-apocalytical books that you have read and loved, please pass them along! I am always up for a new book/author.

The family and I started watching Newsroom a few weeks ago. We loved West Wing and Newroom is written by the same author: Aaron Sorkin. We have been playing catch-up as Season 2 is airing currently. I just watched the season premiere with the short one and it seems like this season will be fast paced. I’m excited to see where exactly they take it.

I hope everyone had a lovely long weekend. The roommate and I watched TV and tidied up the apartment. It looks so clean I almost don’t recognise it!

I was chatting with a friend earlier today, and I got schooled on the difference between gingham and plaid. Do you know the difference?

I thought they were similar patterns but when you look at the fine print there are a few things that separate them. This quick article succinctly explains it if you were out of the loop just like me. :]